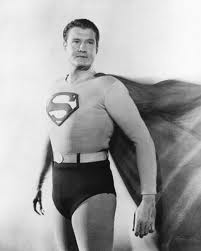 Last night at a glittery and fluttery event at the Harvard Graduate School of Education (meaning not very glittery, not very fluttery), I attended a private screening of Waiting For Superman.

Word on the street was that the Dean, and other members of the school were nervous about showing the film, since it is already so controversial, and the controversy fed attendance, pre-show chattiness and head-swirling–the frisson of controversy that any audience that thinks well of itself likes to be a part of.  It was a sold-out house, with much of the Ed School faculty out gabbing; new graduate students (some fresh from working with Michelle Rhee); even some public school teachers in attendance, at the end of their long days.  Some Harvard luminaries showed: my beautiful mentor Sara Lawrence Lightfoot, magnificent and be-combed; Skip Gates got a shout out for being there (who needs Bill Gates when you have Henry Louis Gates, someone asked), Paul Reville, State Secretary of Education;  Mitch Chester, State Commissioner of Education; the superintendent of Cambridge Public Schools Jeff Young, a local math teacher.

The event began with a brief address by the film’s producer, Michael Flaherty on the intent of the film:  to be a game changer, to stir outrage, to build momentum.  He quoted Desmond Tutu saying about America, “you have become very accustomed to the unacceptable.”  For the producers, the film describes a two-tier system of education in America, one in which if you go to a white suburban school your odds of emerging with a acceptable education are fairly good, and if you live in urban Washington DC and are poor, your chances are utterly dismal.  Noting the ways in which the American public school system has repelled efforts at reform and innovation in the past, Flaherty said every ten years someone proclaims, “This is the moment.”  In his words, the movie was made to take up the momentum of NOW, to supercharge it, to tell the story of the profound need for change, and to create momentum for action.  If you move people’s hearts, you change policy, he said–a theory of action we here at the COOP, and in my own work, have embraced to our guts.

It is a tear-wrenching movie, a well-made play about the meaning and importance of education in children’s lives, and the ways in which they, and their families, are soon to be devastated by the failures of their local public school.  As the lottery balls roll at the movie’s climax, and the absurdity of a system in which a child’s future depends on whether his or her number is called, there was hardly a dry eye in my row of seats, as we discover whether or not the five children profiled are admitted to the local charter schools to which they apply.  Pass the tissues; surreptitiously wipe your eyes before any of your colleagues noticed that this movie really got to you.  I didn’t stay for the wine reception afterwards, to see how it played with the crowd.  Since resisting emotional appeals is a lot of what an audience like this prides itself on, I would bet the response was “mixed.”

But folks, before you mobilize to join the Facebook page NOT Waiting for Superman, or take up arms against this movie, see it.

The documentary is really a set of stories, stories about 5 children: Anthony, a fifth-grader in Washington DC who lives with his grandmother (“my dad died, he took drugs”); Daisy, a Latina girl who wants to be a veterinarian but who, statistically, if she attends her local drop-out factory high school has about a 3 in 100 chance of emerging with the courses required to even apply to the California university or state college system; Emily, who goes to a well-heeled suburban school but one from which, due to tracking and relatively low expectations (Emily has low test scores), she is likely to emerge with an education that does not prepare her for college level work and fails to engage or challenge her mind; or Francisco, who has troubles reading in school and has already been tracked into special education by the first grade, when his mother knows he engages with books at home.

The movie is an equity story, a story about why we do education the way we do in America, and the system’s seeming intractability and ability to repel even the most intrepid reformers.  (Michelle Rhee and Geoffrey Canada are profiled extensively, as the kind of individuals it takes to kick some ass and bring their A Game to the problem.)   The demon in this story, from my point of view, is not so much American public school teachers, but their unions and their insistence on wage and working conditions that have made it impossible to recognize highly-skilled performance, poor performers, or get rid of lemons.  (The movie extensively discusses the difficulty of firing teachers, the broken teacher evaluation system, the ways in which teachers’ unions have decided to “treat all teachers as the same,” a move ironically in conflict with their self interests.)  While all this data may be very familiar to those of us in the education reform game, and the research cited part of the work we do, the movie puts this data together as a story, the stories of little boys and girls who will emerge absolutely and assuredly without the skills they will need to survive in our economy if they do what the American dream tells them to do:  faithfully attend their local public school.

Yes, the only schools that are positively portrayed are charters, and only a certain kind of charter school (there are lots of other kinds doing great work).  And yes, the great work of hundreds of thousands of public school teachers is not the center of the story.  But as we discuss here at the Coop, there are not enough individual practitioners doing extraordinary work to change the game, and as the system is currently constructed, a great teacher’s expertise cannot be recognized in powerful and important ways–in ways the system can learn from.

Yes, the movie does not discuss WHY we do education, and whether simply getting kids better schooled up is really what the Big Show is about.  Its ambitions are actually considerably more straightforward: it wants to get people really pissed off about what is going on in the American public education system, to better inform people about how the game works, and to play to Americans’ fundamental sense of fairness.

Will you play fair?  Will you go see it?

Do it.  And bring tissues.  You will never forget Anthony, or Daisy, or Francisco.  Or their parents.  And that is the point.

I'm writer and educational activist. I work in public, charter, private, unschools. I'm here for the learning revolution.
View all posts by Kirsten Olson »
« Where great IDEAs come from: People working together, Not Superman
Covering Curriculum »

25 thoughts on “Seeing Waiting For Superman”