you're reading...
Leadership and Activism, Learning at its Best 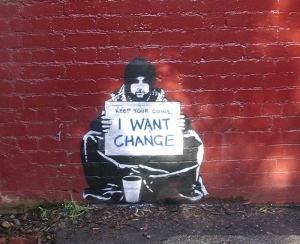 The most notable and recent movement for alternative education occurred in 1960’s to the early 1970’s, and was known as the “free school” movement. The free school movement was an effort to build small alternative schools where students participated equally in governance as well as enjoyed complete control over curriculum. Free school theorist Ron Miller estimates between 400 to 800 such schools opened between 1967 and the late 1970s.The free school movement arose in the midst of an entire cultural, social, and political climate of revolution and change. During this time period, there was what many activists called a “revolution of consciousness.” A spirit of rapid social change with movements such as civil rights, anti-war, women’s liberation, and free speech were in full swing. Most activists who participated in these movements were battling what they called a “technocratic” society.

Technocracy is “a social order that maintains stability and control by fitting human ‘resources’ into appropriate, predefined institutional niches.” Technocracy was considered to be a major contributor to the “social machine.” In many ways, the free school movement was meant to be a black-lash against technocracy. Radical theorists, considered a technocratic society to be a heartless society; a world in which citizens were merely mechanical parts to the overall social machine. During the 1960’s and 1970’s, America was recovering from, and lashing out against  materialism and conformity. Moreover, America was recovering from the age of McCarthyism; a time in which political institutions widely persecuted people and ideas that expressed originality or dissent in any way. All of this led to a massive backlash against consumer culture. The culture of conformity and materialism had also seeped into the education system. The free school movement was a response to an overtly unyielding “factory-like” system of educating American children.

Free school ideology aimed to completely break from the public education system. Participants in the movement were in no way concerned with working within the educational structure to improve it; rather they were looking to tear down the system completely and start anew. Free school intellectuals asserted that there was no saving the current system. Free schools were solely concerned about the education of the heart rather than the mind. There were no textbooks, individual subjects, or concrete lesson plans.” Additionally, teachers were not regarded as authority figures, but as friends and mentors. Free school ideology encouraged a strong focus on feelings. It sought to counter a society that intensely encouraged rationalism as the highest good. There was immense attention given to interpersonal relationships and communal experiences. Hierarchy was discouraged in the school structure. Although the free school movement arose from a huge amount of educational dissent, the movement declined very quickly. Most schools were only open for one or two years.

Free schools ultimately failed for a two reasons. First, there was a major lack of funding. There was no public funding to continuously support free schools. Most free schools lacked adequate supplies and resources to maintain their services. Many free schools quickly closed due to financial strife. Another major difficulty in the movement existed in conflicting ideologies amongst educational leaders and theorists. Due to the ambiguity of the free school philosophy along with the resistance to any order or leadership in the movement, there were many organizational problems. There were many disagreements amongst the parents, teachers and administrators and no effective means of solving them. Researcher Terrence E.Deal expressed that, “The counterculture ideology abhors organization, routinization, and bureaucracy, and as a result decision making in the alternative schools was participatory, consensual, cumbersome, burdensome, and ineffective.” As a result, free schools arose from a surge of idealism, yet lacked a realistic approach to support these ideas.

There are many lessons to be learned from the free school movement. First and foremost, although it simply takes an idea to spark a revolution; careful planning, meticulous organizing, and strong compassionate leadership is required to create systemic change. The free school movement marked a definitive moment in educational policy. For the first time in American history, policymakers and administrators were left to seriously consider issues of school choice and to re-consider the “one size fits all” public school system. Shortly after the decline of the free school movement, alternative schools and home schooling were endorsed. However, free school educators failed to create a new education system. There was too much of a focus on feelings and emotions and not enough of a focus on systemic change. Although the idea was great, there was no concrete plan to sustain the movement.

During the 1960’s and 1970’s “revolution” was the key word. The definition of revolution is, “a radical and pervasive change in society and the social structure, especially one made suddenly.” (dictionary.com) In the 21st century, revolution is an incomplete process. “Revolution” will only take an idea so far. Revolution is a very temporary state, a place in which sensationalism may arise, but practical steps will be severely lacking. There must be a call for transformation in the American education system.  The definition of transformation is, “changing in condition, nature or character; convert; to change into another substance or transmute.” (dictionary.com) Transformation will take more than just a group of passionate, well-intentioned people. It will require an extensive evaluation of facts and data, but much more importantly, human potential. Transformation will require a connection of the head and the heart.

Since the rise and fall of the free school movement, the U.S. has become much more open minded to forms of alternative education. The charter school movement is on the rise, which leaves an open door to more creative forms of learning.(Sometimes…) Public funding can be provided to a school with the principles described above and it will only take the success of one school. The success of one school that utilizes the principles of a new education paradigm will light the fire for the creation of other schools. At such an important time in history, we must dare to experiment. It is the least we can do.

I like to keep an eye on our shifting world and the way it is shaping our education system.
View all posts by daretheschool »
« Teachers Save Lives Too
Do I have a right? »