you're reading...
Learning at its Best, Philosophical Meanderings, School Stories

A group of educators, including me, were challenged recently by @AnseoAMuinteoir, aka Hellie Bullock of Ireland, to write a post on #HowILearn for her blog. Asking “how I learn” begins for me with a question of “what is learning?” It’s followed by a question of “why learn?”

Since ground zero of memory, I feel I’ve deciphered learning through a combination of image and symbol. I think we humans are intrigued with the idea of the first memory we can recall. It’s not something we walk about sharing with each other, but occasionally, a question of it will emerge in a conversation, a group discussion, the beginnings of a relationship. What’s the first thing you remember? Running toes deep in a sandy beach? The sharp sound of a first “NO!” Laughing at candles burning in a candelabra near a bright Christmas tree? The purchase of a red toddler-sized, wooden rocking chair?

Why do we remember this first memory for a lifetime? What made that memory a beginning point? How did this memory, a particular point in time, become so sticky inside the millions of neurons unfolding us into the stream of humanity we join as learners that we can say “this, I remember first”? 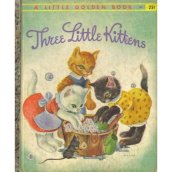 My own first memories, vivid and dark, come back as the feel of being cradled in arms that rock me to sleep while I listen to a melody of images slipping together. Some days, I can almost reach back to that horizon point of crossing over to understand when that concept of melodic image became word. I remember the book, The Three Little Kittens, and moving my lips as the words were read over and over again to me, until at some magical moment, I understood. Each word on the page matched a word lip-synched from my mouth.

Was I reading? Really reading? I think it was the moment at which sound and symbol came to have a meaning- call it correspondence, a dry word that holds none of the magic, the joy, the amazing sense of “to learn” that emerges when the idea of word, sound, and image come together to become one and the same in the mind of a child. I know this. I became fascinated with the concept of word – writing words, spelling words, learning words, playing with words, drawing pictures and words on the ideapaint-like, white sand of my family’s Low Country farm.

I entered kindergarten as a very early reader and have lived inside print my whole life. I spell by seeing words hovering somewhere above my eyes. Once I read a neuro-biological study in the mid-1980s that indicated that those who win “spelling bees” spell mostly from word image, not from letter-sound. It’s why @irasocol says that if Phonics (Fon-x) worked, it wouldn’t be spelled that way. It’s why I won my unfair share of spelling bees throughout elementary school. When I was in trouble in school or at home, it was usually because I was reading a book when others felt I should be doing something else. My eyes are drawn to print everywhere I exist and whether it’s the piles of books on my life’s every surface or on my 2012 screens, I’ve read my way through life. It can be a handicap.

In most ways, I was the perfect student for America’s imperfect system of learning, one which is grounded in the skills and capabilities of those with a combination of mathematical-analytical and verbal-linguistic intelligence. I “left-shift” to memorize, recall, actually see, facts and numbers suspended in space. But, I also do something else that reflects how I learn. I put images and words together and draw mental and physical maps of disparate ideas, concepts, information that pull together metaphors and analogies as images.

My Metacognitive White Board

It’s almost like having an infographics website inside my head. This is the “right-shift” mode that I use to link through the corpus collosum and sensemake my thinking into insight. Imagery becomes an input-output to words floating around inside my head. Visualizing is a strength of how I learn, remember, and show learning through words and a flow of graphics. However, I don’t hear learning as easily and I don’t see space well at all as a learner (hell on people trying to help me navigate a city map or read a blueprint.)

I also struggle to simply listen and learn. If I am in a meeting, walking around schools, attending a conference workshop or keynote, the urge to write and draw what I hear is overwhelming. I have to process what I am learning through my hands, moving words from the air onto napkin, envelopes, or screen so I can see what I hear. I’ve been in the room with people who can simply listen and walk away with the words inside their head. I envy that capability.

We all fall some place on a range of eidetic memory capabilities. A rare few around us have near perfect sensory memory of the world through which they pass. However, almost all of us do not. We need to remember that how we learn represents who we are at different moments on different days in different situations. We all fall across a range of all the ways in which humans learn best. We all learn through multiple input systems, but some of those systems work better for us than for others. I rely on building an internal system of image-word, creating complex visual/verbal mnemonics often understood only by me as a frame of reference as I learn.

The downside of how I learn, even though a match to the way many teachers have taught and continue to teach, is that it screened out opportunities for me to develop and strengthen learning capabilities as an artist, builder, maker, all of which were and continue to be in short supply as entry points for learning in our schools. My younger brother, a brilliant, artisan period knifemaker, was a disaster in school. Once in elementary school he couldn’t wrap around the concepts of fractions as taught and was consigned by his principal to having me tutor him in math one summer so he wouldn’t fail a grade. He hated me for that, not because of me but because of a system that set him up to fail through its very effort to teach him. Today, when I go to his website and see his detailed, precisely-measured tools, I am saddened that he still thinks of himself as having failed in school. He needed teachers who saw how he learned and who could help him make sense of how to move math from his hands to his head, not from a piece of paper. He’s an artist, a designer, a creator, a builder, and a repairer-of-anything-broken learner. He learns through what he builds. And, he could have been some teacher’s learning success story.

In the1980s and early 1990s in America, teachers seemed to spend far more time in college of education courses and professional development exploring research and concepts of how learners learn than it appears we do today. Neuro-scientists in the 1970s and ‘80s began to publish studies grounded in contemporary technology-driven research about how the brain learns that had the potential to move educators far deeper into understanding how humans learn than the simplistic interpretations used to inform the myriad of today’s how-to programs for teaching to learning styles, left-brains, right-brains, and even what some call whole brain learning. Because we didn’t become a nation of leaders and educators who studied the complexity of learning research, we didn’t adapt and shift twentieth century pedagogy to reflect the deep, contemporary brain research available to us. For example, despite its acceptance in the field of gifted education, Howard Gardner’s research (beginning c1983) about the multiplicity of ways people can be intelligent as they learn never became foundational knowledge for building curricula, assessment, and pedagogy for all learners.

from University of Michigan

Instead, our preoccupation with standardized learning programs and tests led to a lost opportunity in the last century to ignite a learning revolution that could have have changed small wars into victories for millions of children fighting through school every day to make sense of what they’re expected to learn and why it’s important. Children lost in school became adults denied access to professions that could have benefited from their inventive and imaginative thinking. Instead, they were lost often because of the narrow, linear and one-size-fits-all focus on teaching that’s impeded learning over decades. So, what can we do?

A key component, indeed essential component of teaching well, is to understand how people learn, and most importantly to ask “how does this child learn?”, then to figure out how to provide choice-driven opportunities that allow any child to learn what they need to access opportunities they desire in life. Understanding how I learn is not enough. As teachers, we need to study and understand how humans learn both differently and alike. Being open to adapting and shifting pedagogy to situate learning possibilities for each learner as we come to understand them as individuals is key, for all the learners and for learners like my brother – not just ones like me.

So, Hellie, thanks for asking the question.

Executive Director of the Virginia School Consortium for Learning: We create paths to contemporary learning by supporting participants from member divisions to engage in critical inquiry to develop curriculum, assessment, and Instruction consistent with a focus on supporting learners to acquire competencies of critical thinking, communication, citizenship, collaboration, and creativity.
View all posts by pamelamoran »
« Collaborate, but collaborate better than thy neighbor(?).
Swallowing the Pill: It’s good because I was told »